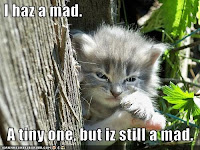 Well this was a post I’ve hoped I wouldn’t have to write. About 18 months ago Without Alice was accepted by a publisher and was due to be published this month. They blogged about me here saying I was cool and groovy and I blogged excitedly about them here.

They sent a contract which I had checked by the Society of Authors. They suggested a few changes which the publishers agreed to and then asked me to sign two copies of my contract and post it to them.

I did so with great pleasure. All so good so far, right? Except I never received my copy of the contract back with the publisher’s signature on it.

But, he was suffering from a flare up of a chronic illness. He was in regular contact via email plus I could see he was doing lots of business promotion and getting the books that were due to be published out on time.

I put my missing contract down to that.

Then a few unpleasant things happened. They published a book that caused a lot of problems for the company. They suffered a further setback when an older family member was diagnosed with a terminal illness. Unsurprisingly their business moved lower on their priority list.

I put my missing contract down to that. There was no rush was there, I wasn’t due to be published for a year and they had posted this on their blog about my book. So I felt very confident that they had every intention of publishing Without Alice. I still do actually….

I don’t want anyone to get the wrong impression from this post either. I am not writing this in an attempt to make them look bad. I think they are very nice people who had a lot of bad happen to them in a relatively short period of time. They couldn’t hold it all together. So they did what anyone sensible would do and concentrated on doing the minimum they had to in order to keep their business ticking over.

I believe that not sending me a signed contract became just one of those things for them. It meant the world to me but was relatively insignificant to them when compared to the more pressing problems they were experiencing.The email contact became more sporadic but I remained convinced it wasn’t just me as other authors in waiting were emailing me to ask if I had heard from them because they hadn’t and they were also blogging and twittering less and less and then not at all.

There was a collective intake and holding of breath amongst us authors in waiting and authors who had come of age by having had their books published. Then a couple of books were released on time and a contract or two offered for new books by current authors. A communal sigh of relief from all of us which we shared via email.

Then, a generic email from the publisher to all. They had considered shutting their company down but had decided against it. They were however, going to cut the numbers of authors in waiting and would let us know who made the grade and would stay on their list within the next few weeks. A blog post here reiterated what the email said.

Then…nothing…. except more emails flying round between authors in waiting. I kept out of them all and only spoke to people whom I knew could offer me some sensible advice. And, I emailed the publisher to ask if he had plans to keep me on or did I need to look for another publisher. He emailed back and said I ‘was on the side of the angels’. Whatever that means….I knew one thing for sure, there was no actual yes or no in the email and no signed contract in my possession.

So I waited a few more weeks for the promised official announcement which never materialised. Then I wrote an email asking for a signed contract within the next 3 weeks or I would be withdrawing my submitted novel from them. The contract never did arrive and I have had no communication with them since that email so many weeks ago so I consider my novel to belong to me once again.

I am sad for so many reasons about all of this. A lovely publishing business has struggled with more than their fair share of bad stuff and may be going out of business because of it. Without Alice no longer has a home, an official cover or a publication date. I hear some unkind people (you know who you are so I am not going to bother posting your names) saying ‘I told you so’ or I knew you’d fail’. I am ignoring them as much as is possible but obviously they have still got to me or those words wouldn’t be in this post.

I am learning that that is the way these things go. Writing and getting your work published is a hard business, harder it seems, than actually getting your manuscript accepted by a publisher. It doesn’t mean I have failed. No matter what the nasties choose to believe.

Even so, I have had a slight crisis of confidence and although a couple of publishers have offered to look at my novel I have decided not to submit it to them. Not just yet. A very lovely woman, who knows lots about the publishing business and whom I think would prefer to remain nameless took Without Alice on her holiday and read it to give me some idea of my chances of placing it with a new publisher. She liked my story a lot but felt it needed a good edit to give it the best chance in the current climate.

I want to know that Without Alice is looking her very best before I start introducing her to potential publishers. I didn’t have a good edit with my memoir ‘From Zaftig to Aspie‘. Scott Pack described it as a ‘clunky edit’ when he did a quick flick review on his blog and I respect that man’s opinion hugely.

However, I am lucky enough to know an extremely good, reliable, quick and reasonably priced editor.So I have indulged myself by hiring the services of an editorial service called BubbleCow. Best of all I am going to be mentored by Caroline Smailes! I am still saying OMG, OMG about that!

While I am not particularly looking forward to the editing process I am very excited about being mentored by such a fabulous author and one whom I am proud to call my friend. I suspect I won’t be allowed to pull the ‘but you’re my friend’ card while she is editing me….I sense some hard work coming up over the next few months. Let me put it this way, she is the only person I know who can get away with calling Chopper Divaboy! She is one tough, ‘fearless’ woman who knows her stuff and has successfully mentored a few very talented authors who have gone on to big successes, including one who had a request this week from ITV.

Anyway there you have it, all my non news about Without Alice.

Have you ever had a secret? One so important that it feels as if it will tear you in two? Stephen’s got one. He’s also got a great job, beautiful wife and an adorable son. Outwardly his life seems perfect but it means nothing without Alice. Stephen is a man who you will love to hate until you learn to love him.
Copyright (c) DJ Kirkby 2010 – All Rights Reserved